The following describes the new features, enhancements, and improvements for Cloud 30.0.

In some regions, settings for dates, times, numbers and monetary amounts are now configured automatically during setup. 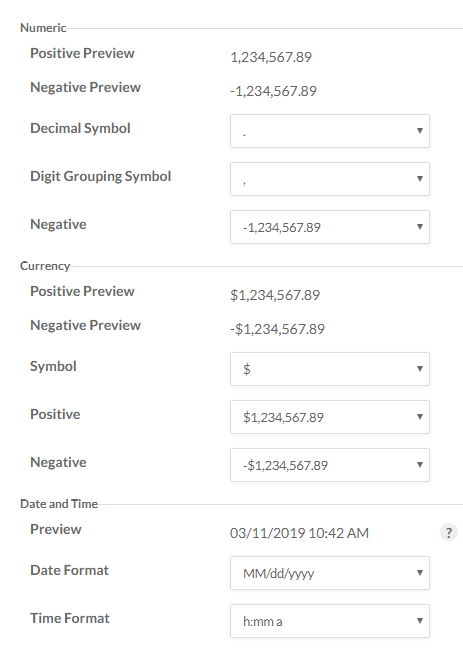 Teams that create Cloud apps now have more options to improve their app, including the ability to display their own product information when users sign in.

Several improvements have been made for the latest release.

Fixed an issue where the list of available import fields sometimes displayed 'null' for some list items.

One issue has been identified in this release in the entity view. The Move to Google Drive option in the Files section is not functional. Expected functionality for this option will be reviewed and restored in a future release.

As a workaround, users can do the following:

This content is exclusively related to and has been filtered out. Select the PRODUCTS dropdown in the top navigation to modify your filter settings.